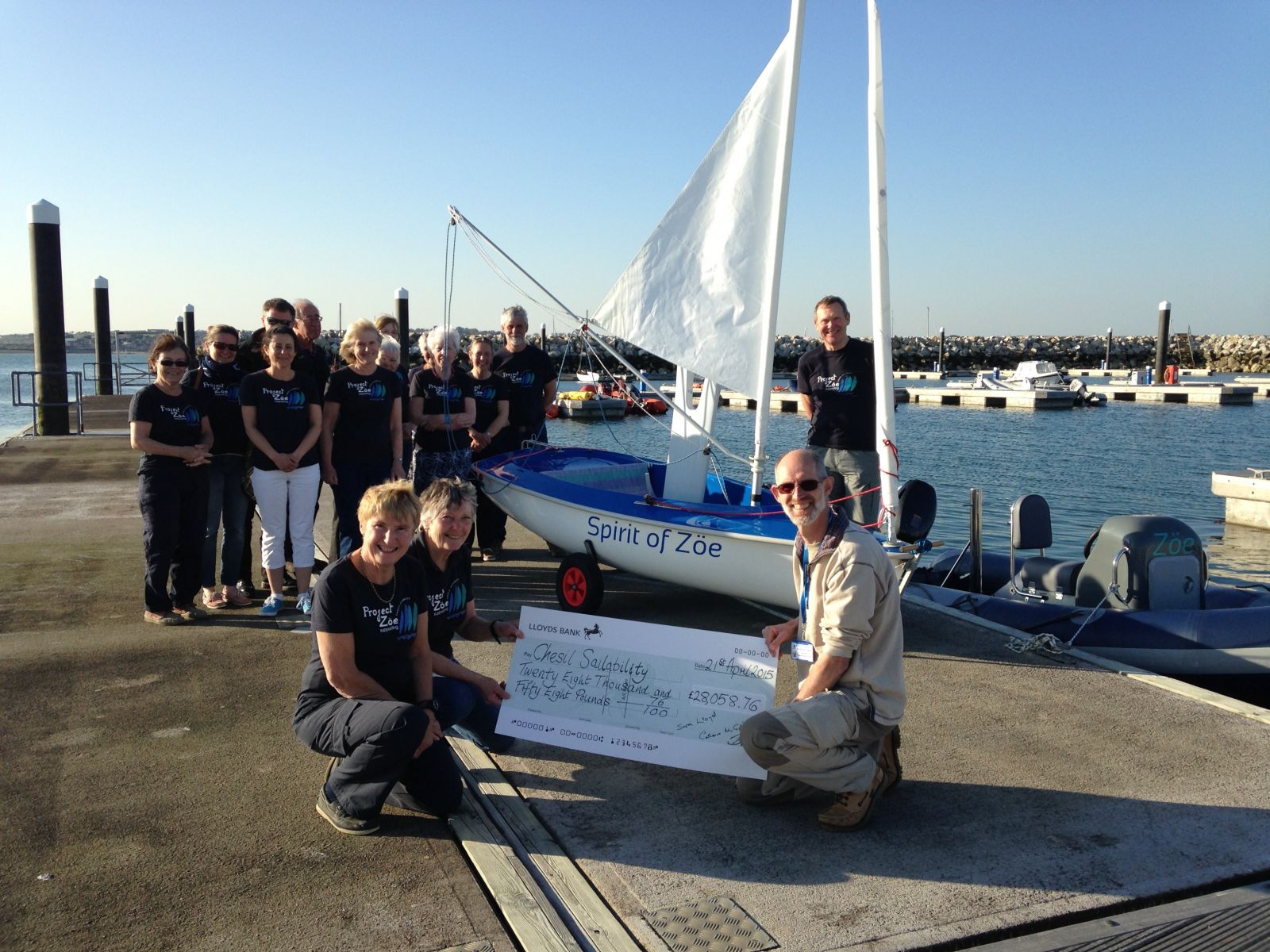 In memory of Zöe Wright (née Lloyd) who died from cancer in 2014, Project Zöe set out in 2014 to buy a dinghy specially adapted for people with disabilities and a safety boat so that the recently-formed charity, Chesil Sailability, would be less dependent on borrowed boats.

Thanks to huge support from the Ladies Sailing Group and members at Castle Cove Sailing Club, friends and family of Zöe Wright (née Lloyd), YCW Regatta and local businesses in terms of time, skills and financial donations, Project Zöe surpassed its target. The cheque for £28,058.76 purchases a Hansa 303 sailing dinghy ‘Spirit of Zöe’ and a RIB ‘Zöe’, and covers ongoing running costs for the two boats.

Zöe’s mother, Sara Lloyd said, “"I am immensely proud of being part of Project Zöe and I know Zöe would have been extremely flattered and amazed that so much money had been raised in her name.  Chesil Sailability  is providing a brilliant facility which reflects Zöe's attitude to life".

Micky O’Toole, who organizes Ladies Sailing said " The great success of Project Zoe is a reflection of the dynamic, committed and supportive group of people that make up Castle Cove Ladies (and 'Honorary' Ladies) Sailing Group. I am immensely proud to be part of this group."

Chesil Sailability gives an ever-increasing group of people, some who otherwise do not leave their wheelchairs, joyful and sometimes challenging sailing experiences. These boats (together with others donated thanks to Elma Shipley via the Chesil Sailing Trust) have established a strong basis from which the charity can operate.

Although Project Zöe reached its goal, fund-raising for the charity will continue as, to operate safely, the boats must be well maintained and insured.