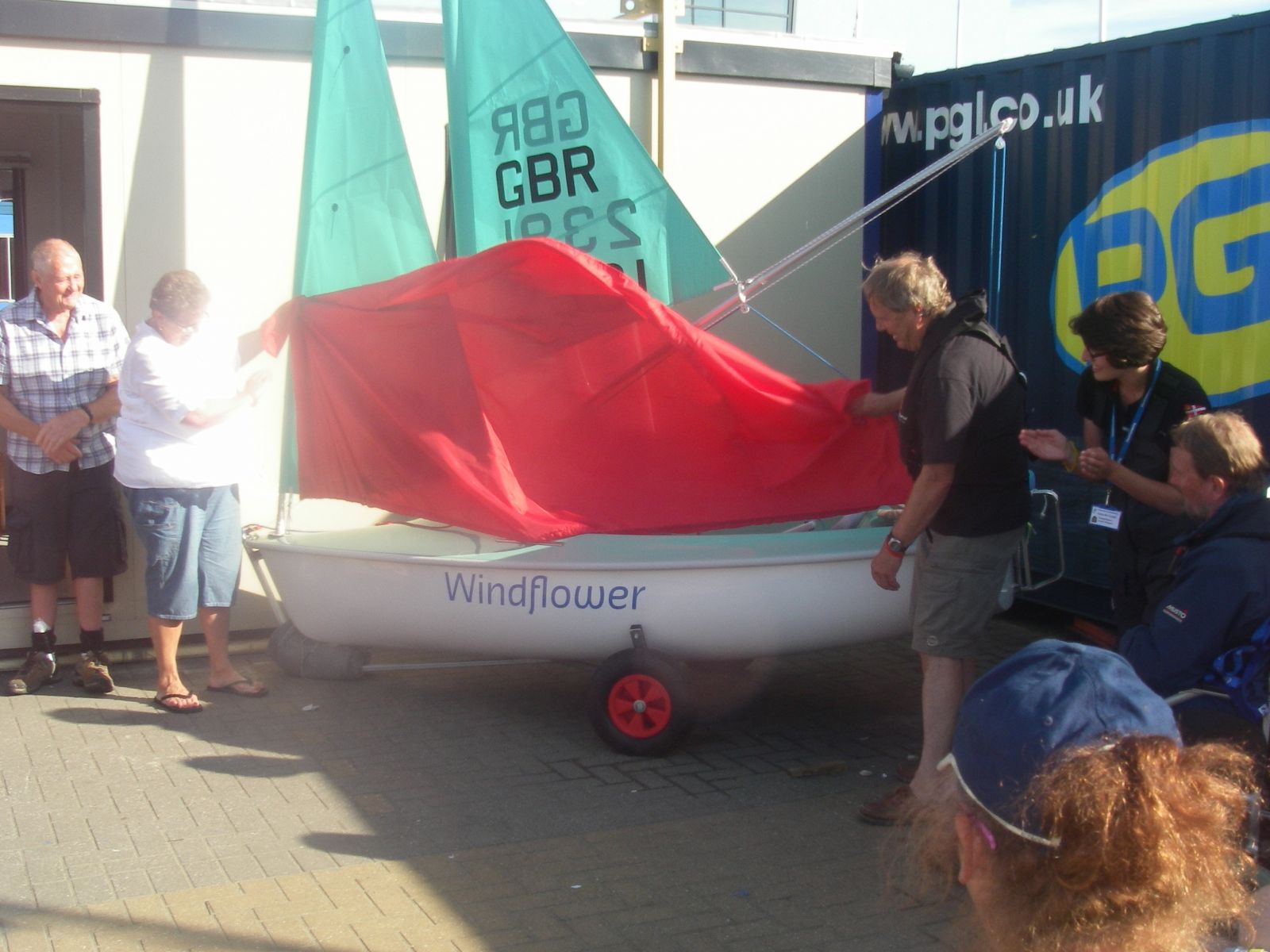 In August 2013, we received an anonymous donation through the Charities Aid Foundation for a new boat. This was finally delivered last week, and before our sailing session this evening, we had the pleasure of launching her! This represents another milestone for us, and we are enormously grateful to the donor for their generosity! After pulling names out of the hat, Angela and John unveiled the boat, named Windflower. Chris's name was pulled out of the hat to keep up with maritime tradition and douse her in champagne! One of our sailors, Katie, launched the boat in the water for the first time. Giles, David and Anya were the lucky first sailors in Windflower, and here is what they had to say after coming ashore... "Just magical!" - Giles "Such a relief to see David on the water again, thank you for making a difference to us! A super evening – just brill!” - David’s wife. "Getting on the water away from our disabilities on land is so special – thank you!" - Anya Thank you to the donor, and here to fair sailing in Windflower! 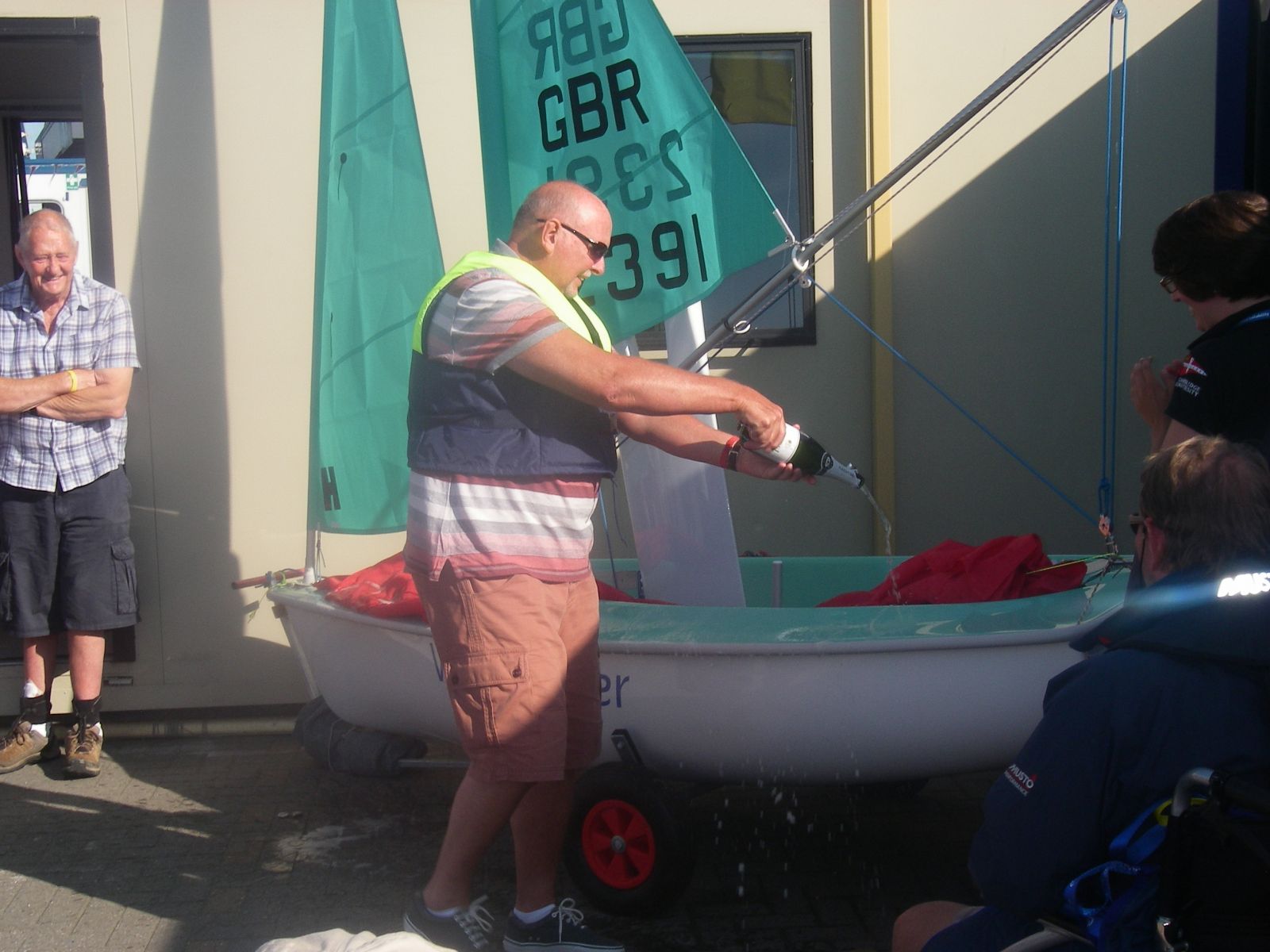 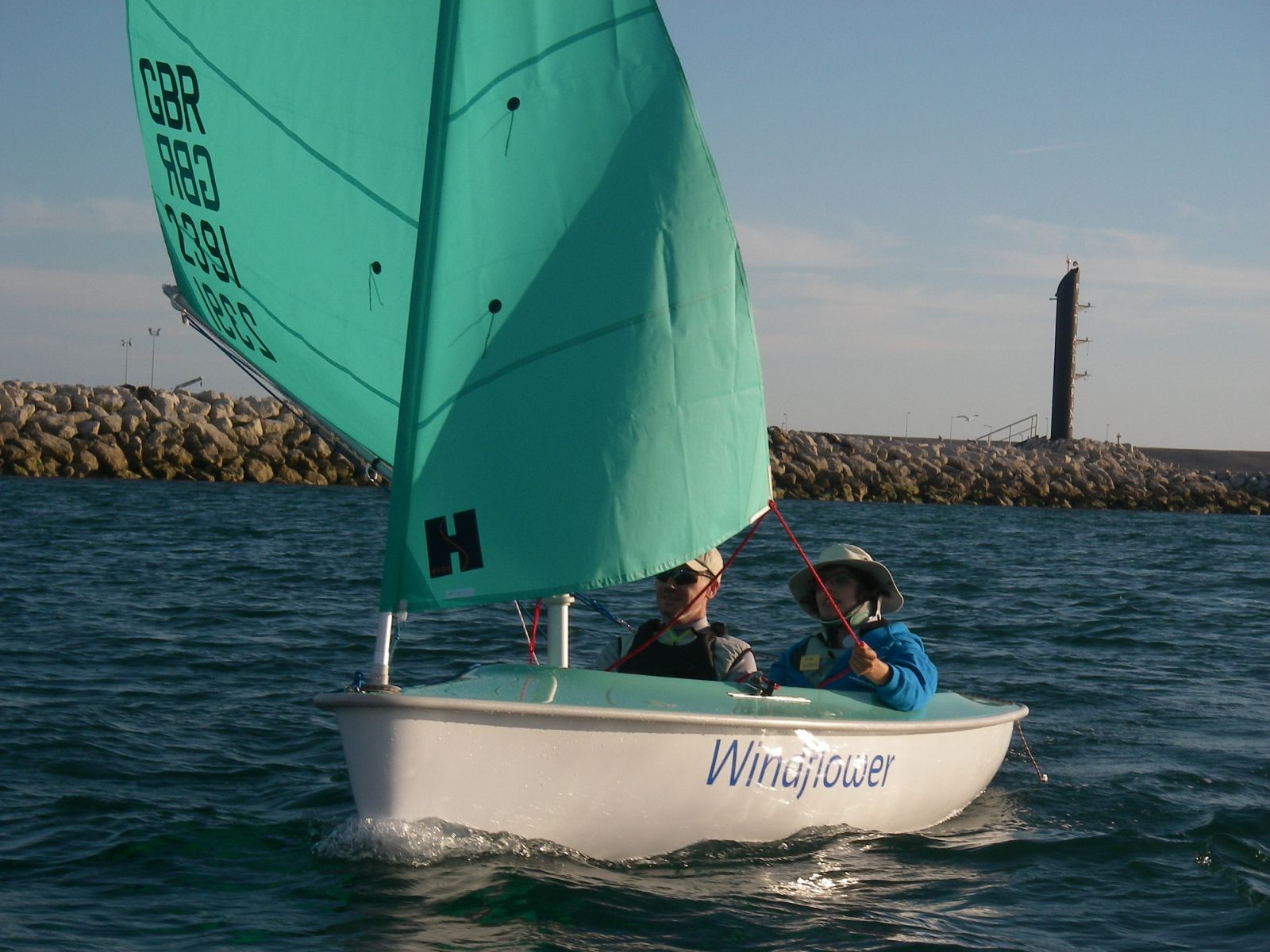