As a 2012 Legacy, we are particular delighted about a very special gesture that local Games Maker has made to Chesil Sailability. Sandra West was a Weymouth and Portland Ambassador for the Olympics and a Games Maker for the Olympics. She was given a 2012 relay baton to mark her role in making the 2012 Olympics and Paralympics happen. We feel really honoured to have been given this baton to form an ongoing relay among our members, to acknowledge great things that they do. Yesterday, Sandra came down to explain how the Paralympics inspired her, and present the baton to its first recipient. The Chesil Sailability Management Committee decided that first recipient would be someone who has been with us from our first session on the water almost a year ago and without whom we would never have been able to get afloat. He has loaned us his RIB every session we have had - an absolute committed and consistently reliable part of our team - Malcolm Cumber!   Thank you Sandra for such a fitting way to celebrate the greatness of individuals within the Chesil Sailability community, and thank you to Malcolm for being such a star! The next baton exchange will be at the end of the season. 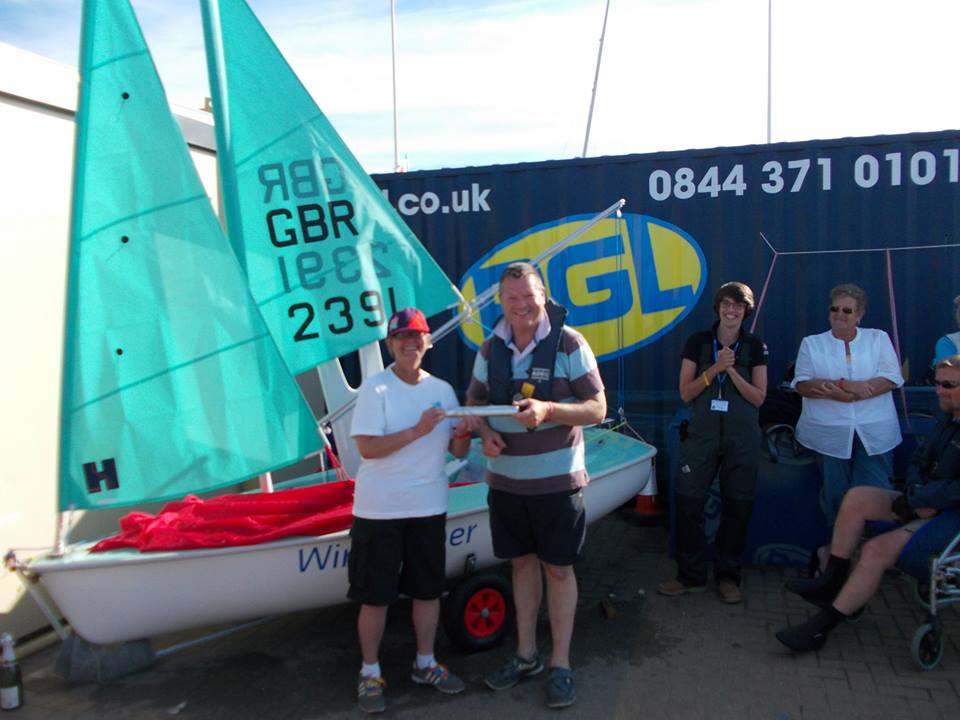