Tim Scarisbrick, one of the sailors on the Chesil Race Team wrote this after a great season of sailing.

At first I thought it wouldn’t be for me. Although it was great to be out on the water again all I wanted to do was race. Then to my surprise I was given the opportunity to race with Hugh at Bristol. I didn’t do very well at all. I had to learn that it was not the type of dinghy I was used to sailing. Hugh must have been very embarrassed with my performance but I was racing again, thank you Hugh.
The sailing season came to a close all too quickly. During the winter months we had social gatherings which were a great opportunity to meet up with volunteers and sailors again. These gatherings really made me long for sailing again and that I must do better. During the winter months I got to meet a lot of volunteers which made me realise just how many people were needed to help us all sail. 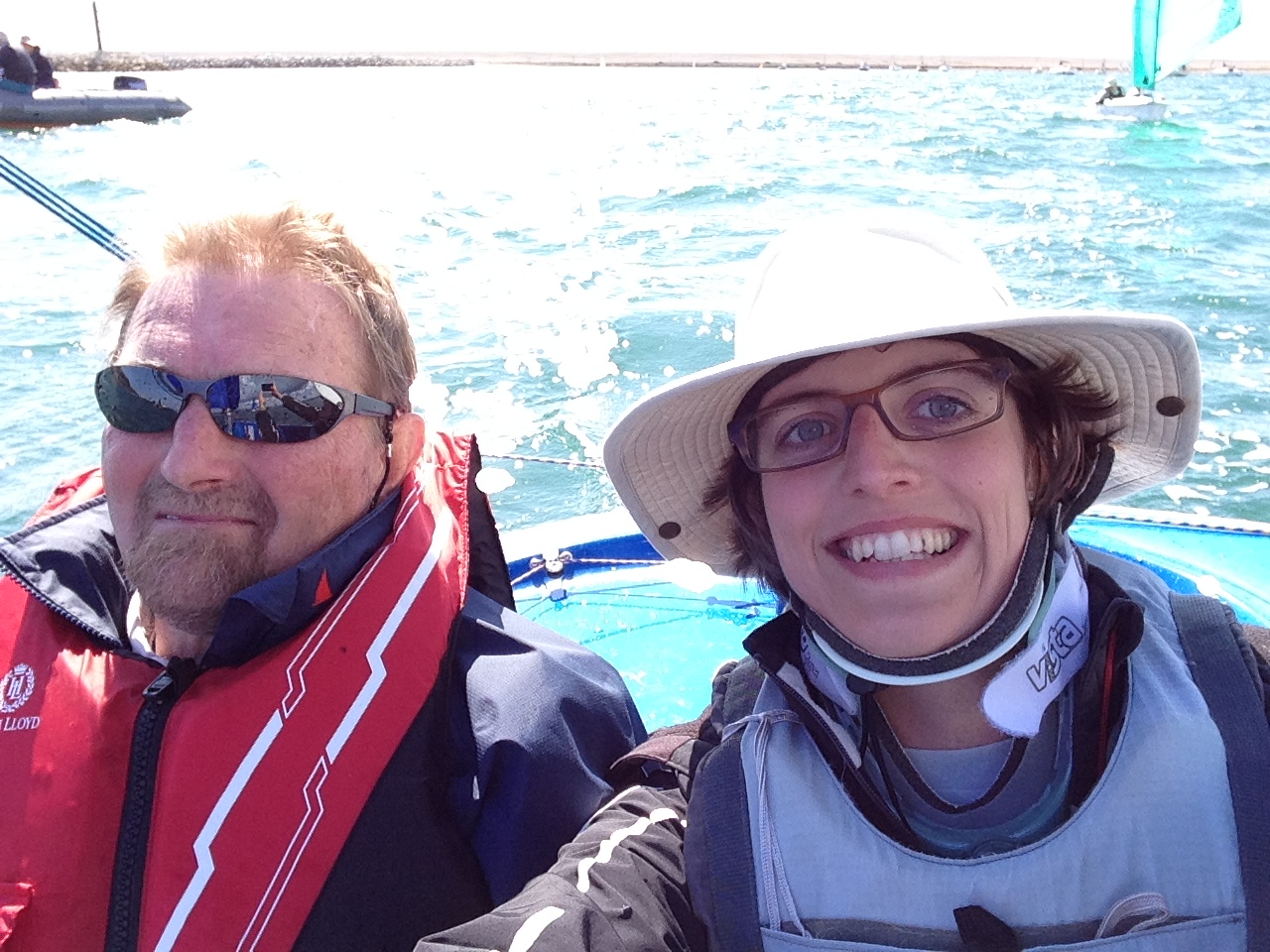 It was now the start of the new season. Angela was great at getting me ready and dressed before going down the boat park. Once I got down there I would be kitted out with buoyancy aids and a sling. I would then be taken down to the pontoon where I would be hoisted in to the boat. It was great! Now all I needed was a partner to sail with that could put up with me, lots of volunteers and a safety rib.
Early in 2014 I was lucky enough to sail with Anya. Anya was just as competitive as I am and we just seemed to gel. I was then invited to go race training on Saturdays and fortunately was able to sail with Anya. Training went well with an awful lot of help from Marcus. As I was trying to sail it like a 505 Anya was quick to make sure I didn’t. We trained hard over the early summer months and the boat seemed to be going well. It was decided that we would take part in the Multi Class Regatta at Rutland.
Hugh kindly towed the boats up to Rutland, one for Dick & Philip and one for Anya & I. Hugh, Liz and Angela got the boats ready for us to sail. Sadly Marcus had car problems and couldn’t make it up to Rutland. I felt a little apprehensive without Marcus there but carried on. In the afternoon we did some race training and our worst dreams were realised, we couldn’t make the boat go. Surely we must have picked up some weed. We tried to sail the boat backwards but to no avail we had to carry on regardless. When we got back to the pontoon Hugh lifted the keel and we were delighted to see the last lump of the weed float by. On Saturday we had two races in the morning and two races in the afternoon. The boat seemed to be going well and we were second overall in the TT. Sadly on Sunday morning I was too ill to sail and I had to go home – Really sorry Anya!! 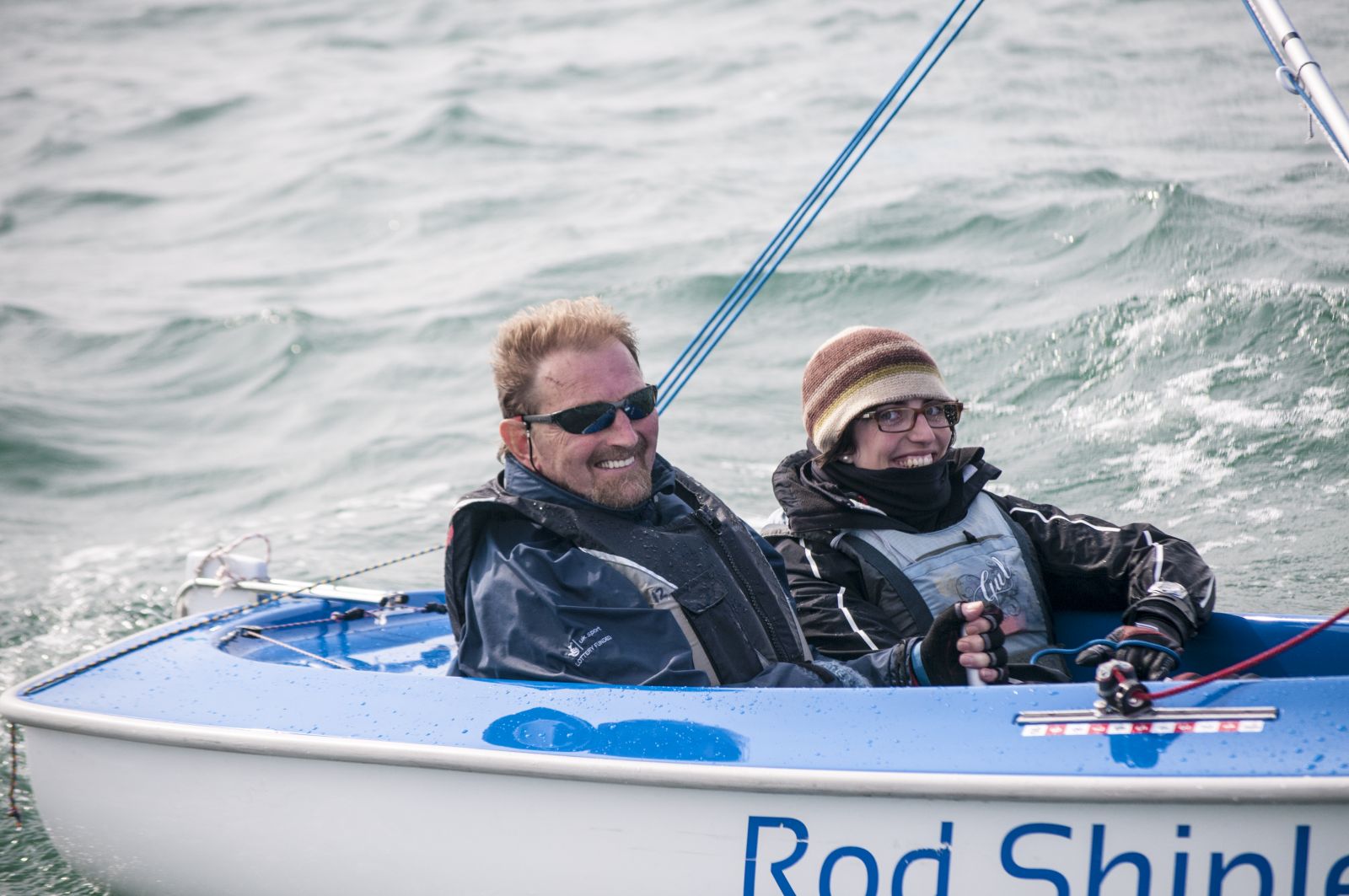 It was only six weeks until Chesil Sailability GP. We both wanted to do well on home waters. I think we only had three or four more Saturday training sessions. The pressure was building, such are both our competitive natures. Anya, Angela and I went to the boat park on the Friday evening before the GP to polish the boat and check it over. Then it was just down to our performance on the day. On Saturday I was extremely nervous so too was Anya. Changed and ready we were hoisted in and ready to start racing. We got a good track and good speed, oh boy we were in the lead. Now all we had to do was maintain our position! Lap after lap we gradually increased our lead, we finished first!! High fives all round. It was time to start the 2nd race and the same thing happened again. Whoopee high fives again! It was now time to start the last of the Saturday races and we felt really under pressure to do well, pressure from ourselves that is. Race over we had won three out of three. WOW three bullets more high fives. Sunday morning brought a long wait for conditions to settle. We were finally released and raring to go. Pressure was really on! Good start to the 4th race and we won that too. For the 5th race the conditions were a bit lighter. After a tighter start again we had a good track and went on to win. 5 BULLETS we could not stop grinning!! We had got a clean sweep. Coming ashore it really hit me what we had done. Two brilliant days racing that I will never forget.
My dream was all made possible by Chesil Sailability. I can never thank you all enough. A sincere and heartfelt THANK YOU goes out to each and every one of the volunteers no matter how large or small your involvement, without you I could not have done it. Chesil Sailability has given me a new meaning in my life. THANK YOU 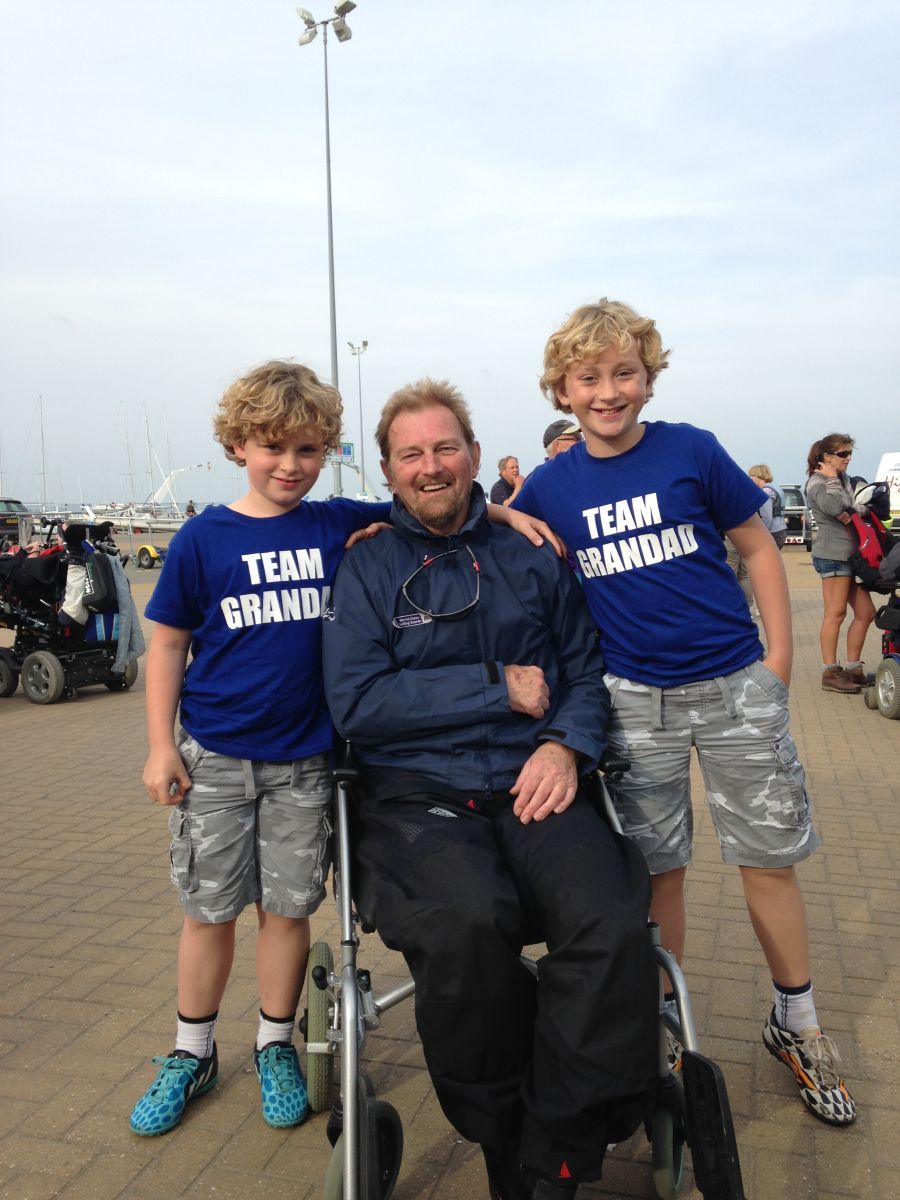